Find a real local farmer's market, roadside stand, or farm stand near you!

Prices for fruits and vegetables in U.S. grocery stores and farm markets, in fresh and processed forms, vary widely. While prices vary from season to season; the positions in the charts rarely varies greatly. In other words, per poiund, Blackberries, raspberries and cherries are always among the most expensive fruits, while banans and watermelons are th eleast expensive.

For the most current retail costs, see these pages: 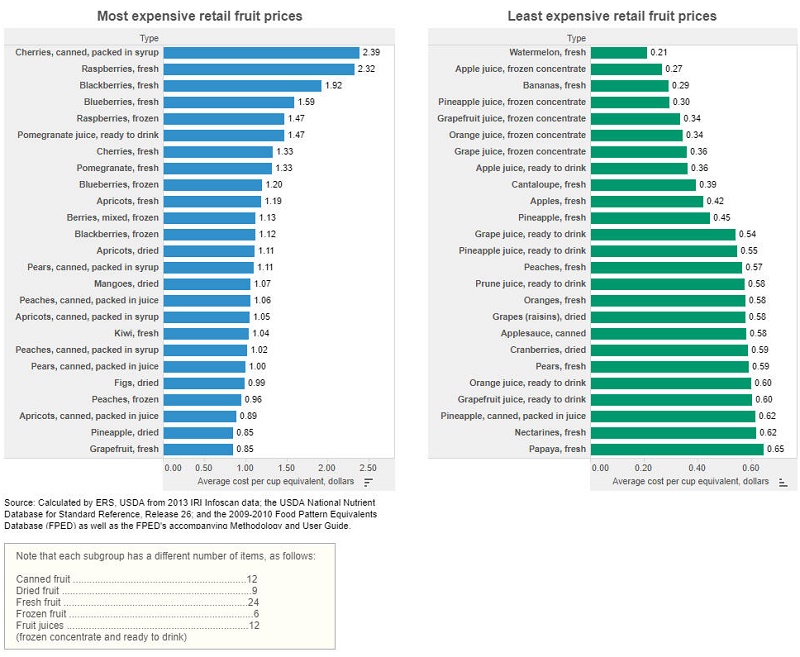 How much does fresh fruit cost to buy? Figure 1a Dollars per pound Source: ACNielsen Homescan, 1999. The weighted average price for all fresh fruit was $0.71 per pound and the price difference between the most and least expensive item was $3.62 per pound.